Dipnetting is a traditional form of fishing which is used to catch mainly whitefish but also salmon at Kukkolankoski rapids and other fishing waters along the Torne river. The very first fishermen are assumed to have been hunting tribes or settler groups arriving from the south in the 15th century at the latest.

The fishing tool is called lippo, dipnet, which is a bag-like net at the end of a log rod. Dipnetting is practiced standing on the river bank or reaching the water from the piers made especially for the purpose. The water level of the river defines which method is chosen. Short or long piers make fishing possible further away from the river banks, sometimes even in the middle of the river. Also boats are sometimes used for dipnetting.

The whitefish returning to the river from the sea chooses the route by water level. The strength of the stream and the positions of the stones at the bottom of the river also play a role. The fisherman knows how the fish behave and changes spots accordingly. The dipnet is directed along the river bed following the stream, feeling the pits where the whitefish rests. Fishing is based on knowing the route and the resting spots of the fish. Seeing below the surface is not possible so other ways are needed to find the fish. Experienced fishermen know the river bed so well that the sense of sight becomes unnecessary.

Dipnetting is all about the sense of touch. The fisherman reads the story of the river bed by feeling it with his dipnet. The dipnet is directed softly along the stones and the riverbed. The movements of the fish are transferred to the fingers of the fisherman through the rod. Some say the dipnet is an addition to the hand.

Dipnetting is a soft form of fishing, the tool does not hurt the fish. The whitefish is on its journey to spawn higher up in the river and chooses to rest in certain spots behind stones or in pits. The fisherman knows the spots and the logics of the fish and reaches the moment to catch the fish.

At Kukkolankoski rapids a lot of these dipnetting spots and pits have been in use for centuries. Each spot has a name originating from the ancestors’ imagination. 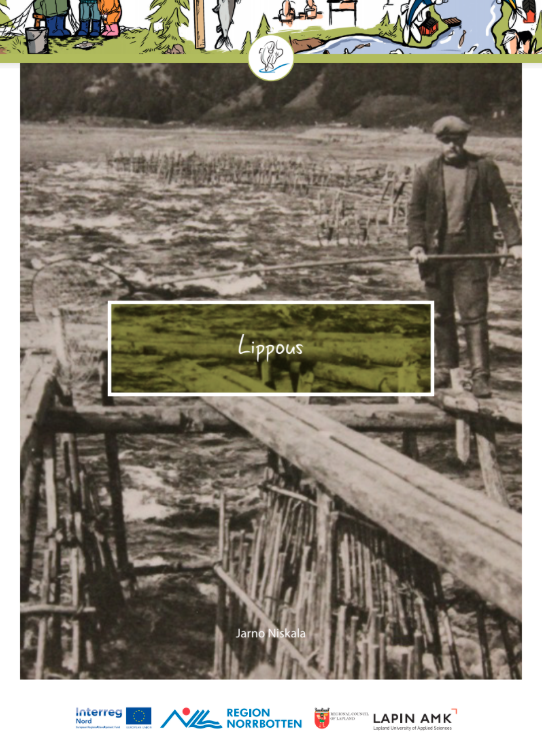